The traditional Gold jewellery choker is a unique Maharashtrian jewellery and is only available in Kolhapur, where it is handcrafted using the same design principles as the Peshwa Dynasty that ruled the area. Hundreds of tiny gold beads are threaded onto several strings and then tied together. The strings are then twisted and turned to create a choker made up of a densely packed structure of gold beads. Thushi may be worn in a variety of ways, including as a long or short necklace with a ruby, emerald, or diamond in the middle or a long or short necklace made entirely of pearls, known as the Moti Thushi. 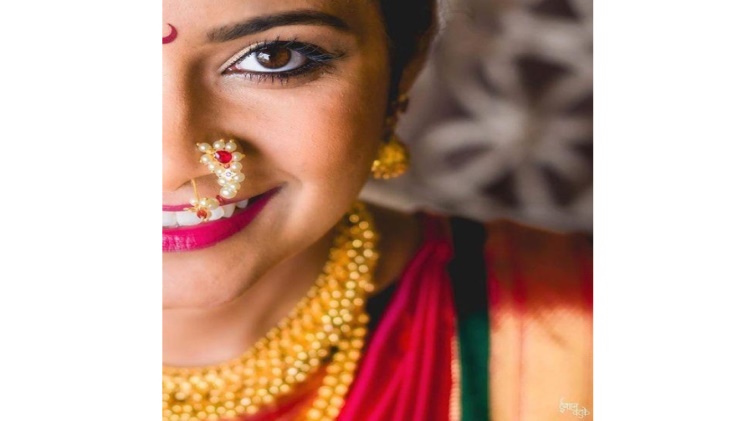 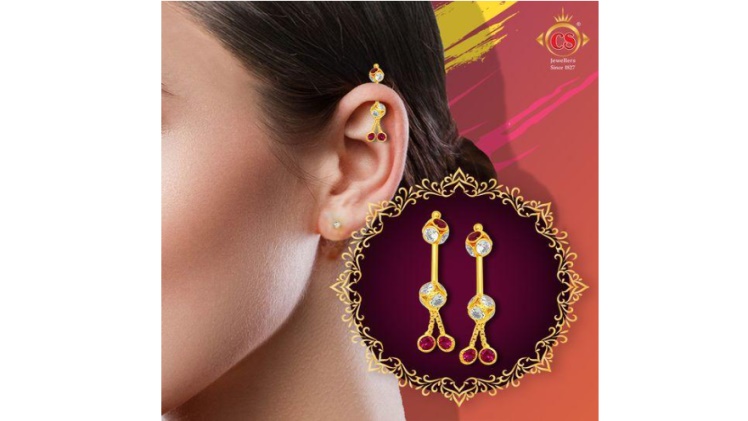 Bugadi is a Maharashtrian earring that is worn on the helix of the ear. Maharashtrian and Northern women are the primary wearers of this aesthetically pleasing ear ornament. This traditional Maharashtrian jewellery is made of pearls, but there are now many fancy diamond and oxidised bugadi available in beautiful designs.

The armlet is known as vanki or Waki in Maharashtra. Vanki armlets are worn by the bride on both sides. It’s made of gold and encrusted with rubies, diamonds, and other precious stones. This Maharashtrian jewellery has a distinctive and unusual form. It is mainly made up of pink or green coloured stones, as well as pearls.

One of the most gorgeous types of Mangalsutra, this is the bride’s most valuable piece of jewellery, made of black beads and gold spun together. During the marriage ceremony, the groom wraps the Mangalsutra around the bride’s neck. The pendant is made up of gold beads and one or two vatis, or inverted gold cups.

The Traditional Maharashtrian jewellery, the Maharashtrian Pearls Kudi Kudya or kudi tops studs are made of gold-plated alloy with semi-cultured (simulated pearls) in a cream yellow colour. What is Kudi? In Maharashtra, the traditional motyanchya kudya has been famous since the Peshwa era, roughly 300 years ago. It is a brilliant master piece of ear top with a unique design to adorn the delicate ears of Royal ladies only.

Kolhapuri saaj takes its name from the city of Kolhapur. Among Maharashtrian women, it is extremely common. This Kolhapuri necklace is embellished with Jav Mani (golden beads) and 21 leaf-shaped pendants. Every saaj pendant is significant and meaningful. From the total of 21 pendants, 10 represent Lord Vishnu’s avatar, 2 represent ruby and emerald, 8 represent astamangal, and the last pendant is Taviz, which is the centre pendant.

The ambada pin, also known as the Veni phool, is a hair bun decoration. This typical Maharashtrian hair brooch comes in a variety of designs and patterns. It has a golden finish and is embellished with sparkling stones.