SRK is the heart of Bollywood, was born on 2nd November 1965 in New Delhi, India. He is called SRK. He is an actor. Shah Rukh Khan is called the “Badshah” of Bollywood. He is also known as “King Khan.”

At first, Shah Rukh Khan is recognized for,

Don is a series movie. Don and Don 2 was released, and the Don 3 is upcoming. The series is an action thriller movie series. Don released in 2006. Then Don 2: The King Back released in 2011, and the final one, Don 3: The Final Chapter, will be released soon. The first movie name Don released in 1978. Amitabh Bachchan was in the lead role. Then Shah Rukh Khan’s Don series started in 2006.

The movie is an action thriller movie. The movie is about an underworld gangster. Salim Khan and Javed Akter wrote the original Don film acted by Amitabh Bachchan. Now, the remake series of Shah Rukh Khan is created by Javed Akter and Farhan Akter. Farhan Akter is directing Don 3.

Shah Rukh Khan is in the lead role. Boman Irani and Kunal Kapoor are acting in this movie. They are working in their fixed role of Don and Don 2. Farhan Akter is going to play an Interpol officer. Amyra Dastur is in this film. All the cast are not fixing yet.

The story does not reveal yet. The film is not also ready. But we know the film is the sequence of Don and Don 2. Mainly the movie is about an underworld, Don. I think the video will be more beautiful than Don and Don 2. We know we will get the best from the director and all the cast and crew. 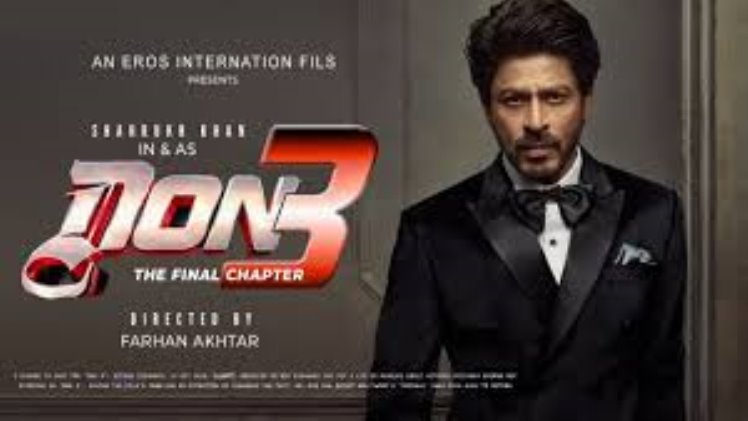 All of these movies are super hit. Almost all videos are the super hit of SRK. He has given a lot of movies.

SRK is a versatile actor. He is so much famous for his romance. At the age of 55, he is still doing movies as a hero. People are accepting him as well. He is one of the handsome men in the world.

SRK is one of the biggest superstars of Bollywood. People wait for his project. At present, we get one movie of SRK in every year. So, the attraction of this movie is incredible.

SRK’s movie gives us joy, entertainment, and something to learn. Hopefully, Don 3 will be succeeded and will entertain us.