CES (Consumer Electronics Show), the world’s largest technology exhibition, commenced in Las Vegas this year, where thousands of companies present their latest products and developments every year. And not only the big guns like Samsung mobile, Sony, or Asus, but also much smaller companies that are present on the global market with just a few products. Among them is Pozio, which aims to protect people’s privacy and offers tools to prevent our smart devices from eavesdropping on us.

Although it is not technically possible to prove that Facebook or Instagram are eavesdropping on their users’ mobile phones, the suspicion that companies are bombarding people with advertisements based on what is said near the phone nevertheless regularly arises. The Pozio Cradle Block was born to prevent this, which prevents mobile information from being collected while it is resting next to us on the table.

At first glance, the gadget itself looks like just a sizable phone holder, but when the device is inserted, the Cradle Block emits a sound that is inaudible to the human ear, preventing the mobile from hearing anything from nearby conversations. As a bonus, the Cradle Block is also a wireless charger, so it pumps energy back into the phone, and according to the manufacturer’s promise, the anti-listening technology does not affect listening to music, for example, so we don’t have to give up this function if we use our phone as a speaker. To see the updated gadget tags, head over to the section on WhatMobile that says “Samsung all mobile price in Pakistan”

There is also a Block & Talk version of the product, which interrupts the blocking for 30 seconds when you hear the voice command “Pozio Stop”, so you have the opportunity to use the phone’s digital assistant – whether it’s Amazon Alexa, Google’s solution or Apple’s Siri.

At the same time, Pozio offers a blocking gadget not only for smartphones but also for smart speakers, which are increasingly common in our country.

We already know for sure that they are constantly monitoring their surroundings since otherwise they would not be able to react immediately when we give them an instruction. That’s why the Pozio Shield – Block & Talk was born, which comes in two sizes (a regular and a mini) and does exactly the same job as the phone versions, just without fast charging. 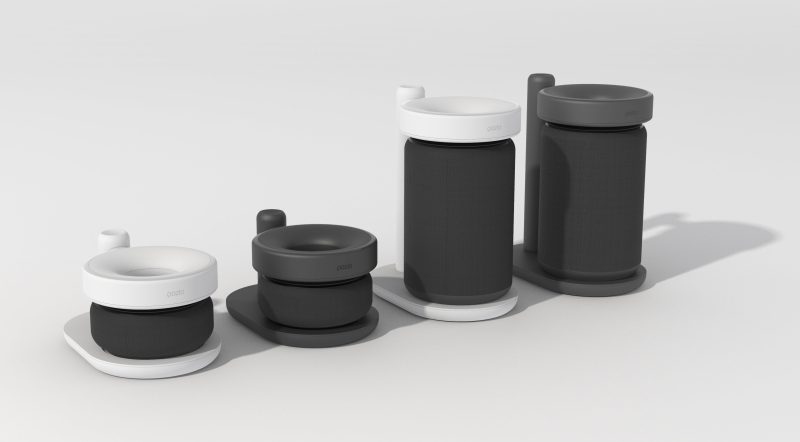 In addition, Pozio takes the protection of privacy seriously not only against others: even though their products have a microphone for issuing voice commands, it does not record anything, the device also does not store any data, it is not connected to Wi-Fi, and therefore not to the Internet, and there is also no phone application. so it can’t be hacked either. The Cradle Block & Talk will be available from March this year for $119, the version without voice control is $109, and the Pozio Shield – Block & Talk Mini and the larger Pozio Shield – Block & Talk for smart speakers are priced at $89 and $99 which is half the Samsung Galaxy A32 price in Pakistan.