Investing In Precious Metals Over Time

Gold And Silver And Platinum Past

When you think about precious metals you have to imagine that these things are connected by the past and the future. Today we are going to talk about the past and the way that these amazing items have changed the way we think about these items. The truth is, you should learn more online about exactly what the history of gold has been and how cultures have terrorized each other behind the inherent wealth that is in these beautiful things. The past has really helped us understand exactly what the world is going through now with inflation when we think specifically about how we have changed our understanding of the world around us and influence on us, especially from other people who we love and care for.

Have you ever thought about who was the most influential person in history based on finances, economics and personal wealth? That delightful person with the amazing life experience was named Mansa Musa, who was an African king who gave away so much gold that he created inflation all over the continent as he made his hajj to Mecca, which was his religious pilgrimage that helped him make his spiritual connection and also create political unity in his sovereign areas. These moments were important in history because it shows just how long lasting the impact of these metals can be, as Mansa Musa retained the title of the richest person in history until very recently, meaning his title stood for many centuries. His actions also showed his great altruism and his lack of selfishness as a ruler.

The Metals In Our World

We have to remember that we imbue these items with the meaning they possess. So when we are investing in precious metals today we have to remember that there are very important ways to create future wealth for ourselves by looking to the historical record of how these things were handled always, because the decision to raid South America, China and other parts of Asia for its silver in the fifteenth and sixteenth centuries was a targeted act by European nations who sought to attain great wealth and power. Their actions would now be taken as illegal but back then, they were merely amoral because the laws were in favor of the racist white people who sought to acquire more and more things. When we look back at those times, we know that these people were committing cruel and disgusting acts in the name of acquiring these precious metals as personal investments and also portfolio items for the monarchies they served.

So, when we think about how we focus on ourselves today, we have to think about our bank accounts because historically, that is what our ancestors have done all over the world, but it depends on where we are from. You see, the African king went around and gave away his precious metals, gold, silver, and much that he had, so much so that he ended up having to readjust the economies of the areas he went when he returned home. Whereas the Europeans oppressed and went to war with China in order to get access to Chinese silver instead of learning to barter with the superior territories in Asia. Those different approaches show us that the way we think about these items as investments goes deeper than just our personal bank accounts, even though those accounts are what keep us alive in this very expensive world that is getting increasingly hard to live in. 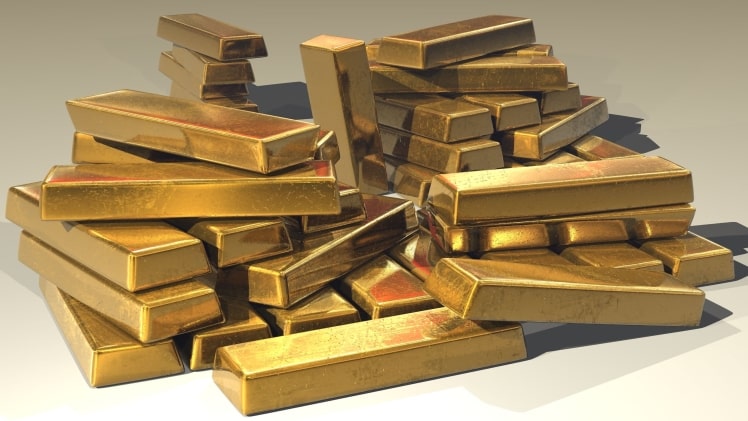 The Investments We Make

When we invest in these items, we are considering that we are looking long term, because even in the short term we can actually see ourselves being boosted by having these items in our portfolio. These elements we have seen before because we have a deep understanding of them already, as we peruse websites like metal-res.com to make our decisions, our ancestors did similar things by communicating with others and figuring things out that way. We have to remember that our tendency as humans in this post-modern world is to hoard items we have a lot of already, without sharing the way our ancestors might have given the circumstances. We can do better by targeting our focus on the things we are interested in, and we are usually interested in making more money, as the European buccaneers and privateers did, flying the flag of the Crown while extracting as much gold and silver as they could from South America, Central America and North America.

When we think about gold, we are thinking about an historical best seller that has maintained its relevance over the years in ways we might not have expected in the grand scheme of things if we were around when the neanderthals were alive. We did not know that we would imbue these items with such meaning, but that work has already been done and we must orient ourselves to the economic state of the world we are in. Commercially successful goods like these are not just about the lived experience of having them, but it is also about the durability of the item itself and its reputation. Silver and the like maintain those reputations by continuing to be useful to humans for their ability as metals to retain its physical composition over the course of many centuries.