Zee5 is a video-on-demand service launched on un 14th February 2018, and it serves video like movies, web series and shows etc. The headquarters of Zee5 is in Mumbai, India.

Zee Media Corporation is the owner of Zee5. The company launched it. Zee5 started with web series America Mappillai, which is a Tamil language web series. Life Sahi Hai was the second Tamil web series of Zee5. The same year, at Zee5 Karenjit Kaur, was started and became hit.

The audience started to like Zee5 after that Zee5 is giving us a new web series, movie distribution etc.

It is available in several languages. You can watch your favourite shows, movies in that language can find it in 12 different words, like English, Hindi, Bengali, Tamil, Malayalam, Telugu, Kannada, Marathi, Bhojpuri, Gujarati, Odia and Punjabi.

If you want to operate Zee5, at first, you need the Zee5 app, or you have to go to www.zee5.com link. But, using the app is easy.

Download the Zee5 app. You have to update your language. You can select what you want. You have to register then. You can register via your Facebook account, your email address or your Twitter account. By using mobile-number, you can also register.

After completing the registration, you can operate Zee5. You will see the categories. You can see whatever you want to see. 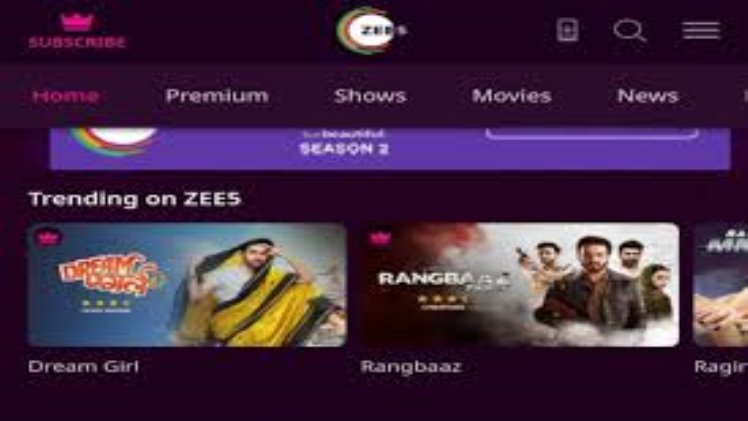 Zee5 mobile app is available in Google Play Store. Anyone can download the app. The app is easier to use than the website. The app performance is excellent.

Just connecting with smart internet speed, you can easily watch your favourite movies, series shows etc. Zee5 telecasts live shows, match. Like a cricket match, football match etc. So, if you are a man of loving sports, then it’s right for you. Zee5 telecasts news also. You can read all the stories of the daily world from Zee5.

People of this generation are busy with their work, job. They want entertainment in their busy schedule. In this case, Television is the best way to entertain. But they don’t get enough time to watch TV at home. For this reason, Zee5 is the best choice for them. They can entertain themselves by Zee5.

Zee5 can use in mobile phones, tablets, laptops, and that’s are easy to carry whenever you are shifting from one place to another. But you can’t take your TV. That’s why people of this generation like these types of services.

People always want the easiest way to get everything, the cheapest rate to gain everything. Zee5 is the combination of that. For this, the people of this generation, the child, and the adults are fond of Zee5.