Here’s a story made for the movies.

A young girl with big visions of success, grand dreams to inspire others, and all the talent and grace to do it, grows up in an environment in which she is routinely held back, stifled at every turn. The culture around her can be so oppressive that she isn’t even free to stand up tall and straight when she walks; she is told she must cower instead out of a false sense of humility.

It would only be appropriate that she would grow up to be an international model who proudly walks tall before adoring fans.

This is no movie; this is the real life story of Taiba Sheheryar, a Pakistani Canadian model and entrepreneur who has blazed trails for countless young girls, businesses in need, and more. Having already left a mark at Mrs. Universe 2017, the world’s premier international beauty pageant, She is the only Pakistani model to break through on an international stage, having emerged from a culture that makes the idea of modeling not considered a noble profession. Pakistan, unlike its neighbor India, can be very restrictive against women based on cultural factors. Over the centuries and into the modern day, there have been ways that leaders have manipulated tradition and religion to restrict self-expression in a variety of industries. Acting is now becoming accepted and considered a mainstream talent there, and Taiba is helping to inspire the modeling industry to emerge as well.

“Growing up I wasn’t allowed to make choices about what to wear, or have much self-expression,” Taiba explains.

Today, Taiba shines in the Canadian fashion industry by supporting large Canadian designer brands. “I came to Canada in 2011 from a small town in Pakistan. I never wanted to be put in a box determined by society about how girls should be. So when I came to Canada, I broke all the stereotypes set by men under the name of social norms. I wore what I wanted to wear. I walked proudly without bending down, like how I was told and brought up. I studied what I wanted to study, I laughed loudly instead of holding a stiff, tough look which every girl is told to have on her face. I showed love and affection to every race, nationality, and gender which was not taught in my school books. I listened to loud music and watched movies which I was deprived of. I did all of those normal things which were not normal for me and a lot of girls like me.”

Today, as a model and brand ambassador, Taiba aims to encourage younger girls to push past the limits placed on them and pursue their dreams. “I do still feel pain for young Pakistani girls, and do want to support them,” she explains.

Today, she’s using her large platform as a model to help promote clothing from brands that have been shuttered by COVID-19, and intends to extend her entrepreneurship further into the future.

Learn more about Taiba at https://instagram.com/taibasheheryar?igshid=imm97xx8w2zm 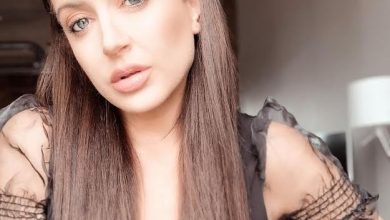