A gaming laptop is a type of computer designed specifically for playing computer games. Compared to a standard laptop, gaming laptops are equipped with higher performance components such as processors, graphics cards, and storage, allowing them to run the latest and most demanding games at higher settings and resolutions than traditional laptops.

These laptops can be used for a variety of tasks, from basic web browsing to intense gaming sessions. The main components that differentiate gaming laptops from regular laptops are the processor and graphics card. A gaming processor is typically much faster than a regular laptop processor and is designed to handle high-end gaming applications. Similarly, the graphics card is usually more powerful and capable of running more sophisticated games. For more information about good gaming laptops, you can read through this helpful link, https://www.razer.com/pc/gaming-laptops.

A gaming laptop is a powerful device designed to run the most demanding games and applications. As such, it is important to consider the necessary components that make up a high-end gaming laptop. The most important piece of hardware is the CPU (Central Processing Unit). This is the brain of the laptop and is responsible for executing instructions and carrying out the tasks given to it by the user. When considering the CPU for a gaming laptop, it is important to look for a processor that is powerful enough to handle the workload of running the most demanding games and applications. A powerful processor should have a high clock speed, multiple cores, good single-core and multi-core performance, and the ability to handle multiple threads. 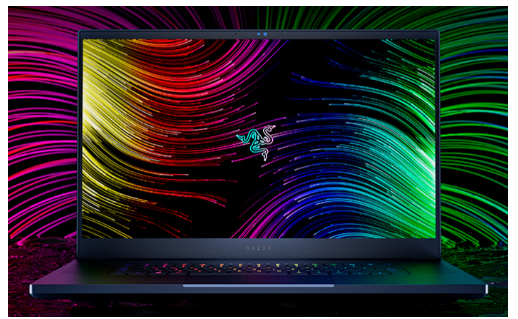 For those looking to purchase a gaming laptop, the graphics processing unit (GPU) should be one of the most important factors to consider. A powerful GPU allows for higher frame rates and better graphics quality, making gaming more immersive and enjoyable. High-end gaming laptops will typically have more advanced GPUs with more powerful specifications.

When shopping for a gaming laptop, look for one with an Nvidia GeForce RTX or GTX GPU, as these are considered some of the most powerful GPUs available. Additionally, you should check the GPU’s clock speed (measured in MHz). Generally, higher clock speeds equate to better performance. Look for a GPU with at least a 1.8GHz clock speed for the best performance.

Keep The Ram in Mind

RAM, or random-access memory, is a critical component for gaming laptops, allowing for the smooth and efficient running of all games. When selecting a laptop for gaming, it is essential to ensure that the RAM is sufficient for all games you wish to play. The optimal RAM for a gaming laptop is 8GB or more. This is because games, especially those with high-end graphics and textures, require a large amount of RAM to run smoothly.

The Battery Life of a Gaming Laptop

High-end gaming laptops need to have the sufficient battery life to support long gaming sessions, as well as daily tasks such as web browsing, streaming, and other activities. Generally, battery life should be at least 8 hours for a high-end gaming laptop. Additionally, the battery should be able to recharge in a short amount of time quickly. Look for a laptop with a battery that can be charged up to 80% in under an hour.