Image blurs and similar effects can be problematic for photographers and basically any user who wants to use high definition pictures for their work. Image blur can make an image look out of focus and take away from the main subject of the photo. There are multiple types of blurs as well. While a strong photo editing software can sharpen blurry image details, many users would still prefer to have other photo editing options such as VanceAI Image Sharpener or other similar online platforms. By making use of AI based technology and VanceAI’s design, the tool aims to provide an image sharpener tool to users which is easy and effective to use.

Why is Image Sharpener a must?

An image sharpener tool increases options for users. It can sharpen image details and make the image usable for many things, such as for content, blogs, websites, and more. With VanceAI Image Sharpener, for example, you can even make use of its recent feature that allows you to pick the type of blur that you want to reduce. You can access the options and other settings by going to the Workspace. The options provided by this tool are Motion, Lens, Soft, and General blur. The first three options mentioned target specific types of blurs whereas the general option does as its name suggests. With clearer images, you can get better results online as well. 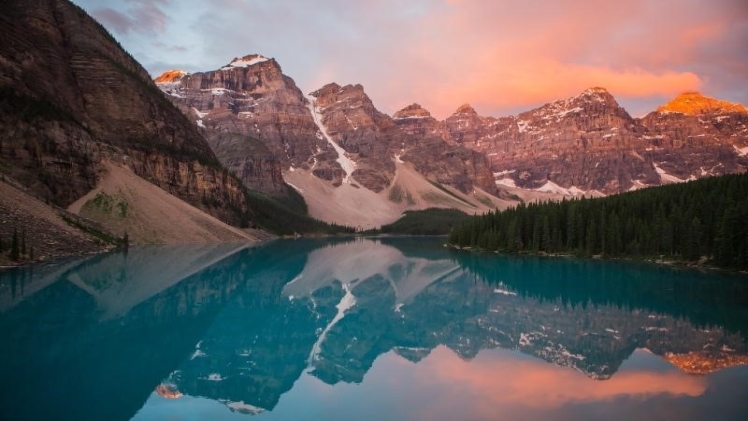 VanceAI, as a photo editing website application that offers multiple editing tools, also upgrades the experience of using the Image Sharpener. Users can utilize multiple VanceAI tools together to get better results. VanceAI offers a feature called Workflow, which enables users to list down the tools that they want to use for processing their image. They can, for example, queue up the Image Sharpener along with the VanceAI Image Enhancer to improve image quality and sharpen it at the same time. The application also has other features like batch processing enabled for paid users. Overall, the platform of VanceAI is also a big part of VanceAI Image Sharpener. Therefore, users can benefit quite a lot by sticking to the Image Sharpener tool from VanceAI.

How to sharpen blurry images with VanceAI Image Sharpener?

This simple guide will show you how to sharpen image online and through the desktop with VanceAI.

Step 1: You can unblur image by clicking on the link given here and using the Upload Image option to start the Workspace. 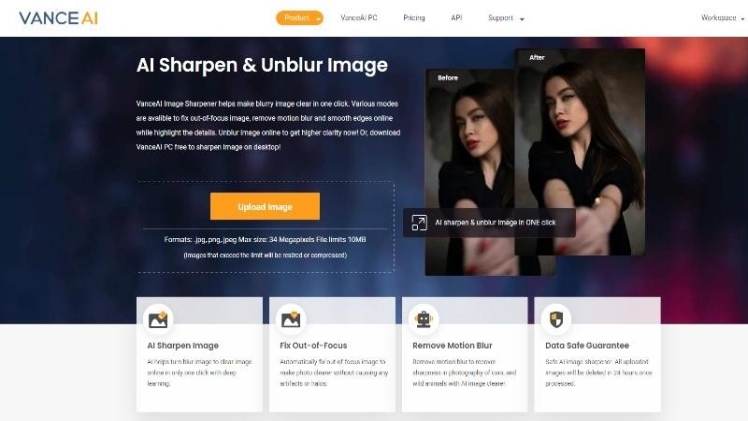 Step 2: Upload an image on VanceAI Enhancer Workspace, use the settings on the right to choose the blur type, and click on Start to Process to proceed ahead.

Step 3: After a few seconds, you will see the final image load up on the Workspace. You can then click on Download Image to save the image on your device.

How to use Image Sharpener on VanceAI PC?

Step 1: Download the software application from VanceAI PC. Click on the Free Download option to get started with the download of the setup file. The Buy Now button takes you to the subscription options.

Step 2: Run the setup file and continue along with the instructions and set your preferences for the software. Open the application, choose Sharpen, and use the app like normal.

Step 3: You will get the final image ready on the application. You can then save the image on your device.

We will now sharpen images with each of the blur options given by the Image Sharpener tool.

In this example, we sharpen an image with lens blur. As we can see from the image, the objects in front appear somewhat blurry and the background is almost completely blurry. After processing the image, a lot of the sharpness returns, especially in the petals and leaves at the front of the image. The color of the background also looks darker than before with slightly less blurriness.

The kind of result that the motion blur algorithm has provided is simply great. The difference between the two images is easy to see and the quality of the After image is pretty good. The person in the background looks much sharper than before too. Other than that, the green box itself looks less blurry than before, especially considering the reflections of light indoors. Finally, the lack of blurriness also makes way for better looking colors in the After image.

With the soft blur option, you can sharpen image online with a focus on improving the details of the focus object in the photo. This is what the algorithm does here as well. By looking carefully at the cat, we can see that the Image Sharpener reduces the blur surrounding the cat and makes it look sharper than before. In fact, the cat really shines out in the After image, which wasn’t the case for the Before image.

The general blur option sharpens the entire image overall. As you can see from the images, the After image appears sharper from multiple elements. The book, vase, flowers, and other aspects look sharper than the Before image. There is significant improvement in the vase, especially. The higher you set the sharpness level in the Workspace, the more intense the blur removal will be.

VanceAI Image Sharpener can sharpen an image in multiple ways and it shows in the performance. The four options work pretty well, especially the motion and general blur. Apart from that, the tool is also available on the website version of the application as well as the software. It manages to deliver equally well everywhere. With VanceAI’s features, such as the Workflow, Workspace, and more, users will only find it easier to use the Image Sharpener. Moreover, VanceAI always adds more features for accessibility. Their recent addition of VanceAI JA makes it possible to use VanceAI in the Japanese language. Overall, the Image Sharpener is a right choice for most types of users. You can get a VanceAI subscription for just $4.95 per month. Overall, sharpen blurry image online with ease by using VanceAI.

VanceAI is a growing platform with many image editing and enhancement tools already. Some of these tools go really well with the Image Sharpener and can be used together with the Workflow feature. For example, as mentioned earlier, you can combine the Image Sharpener with VanceAI Image Enhancer in order to reduce the blur from an image while also enhancing the finer details of the image simultaneously. You can also use VanceAI Image Denoiser along with the Image Sharpener to reduce image blur and image noise at the same time. All such tools from Productivity Series will make photo editing simple.

VanceAI also offers a PDF processing application that is online based and free to use for all. Click on VancePDF.com to access it.